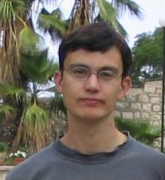 Algebraic topology is the area of Mathematics which studies shapes or "large scale geometry” by algebraic means. During the 20th century it was recognised that the basic ideas of algebraic topology play an organizing role in most areas of pure mathematics. More recently, these ideas have also been successfully applied to other areas of science, from computer vision and data analysis, to neuroscience. This talk will introduce some of the most fundamental ideas in algebraic topology, which go back to Poincaré at the beginning of the 20th century, and briefly describe some ot their recent applications. 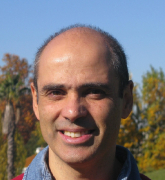 Geometry is all around us, but it is many times hidden from our eyes.

In this talk we will see several examples of this, ranging from everyday situations to astrophysics and elementary particles.

Even though we can easily model the behaviour of a charged particle under the influence of a magnetic field, the problem quickly grows very complicated as soon as we start considering many particle systems, due to the electromagnetic interaction between them. A breakthrough was achieved in 1983 when Robert Laughlin proposed an ansatz for the ground state of simple two dimensional systems of charged particles under the influence of a uniform magnetic field. This was later proven to be an excellent approximation to the exact wavefunctions. In my Master's thesis, we used techniques of Kähler geometry, geometric quantization and imaginary time Hamiltonian flows to deform these systems and thus obtain possible Laughlin states on deformed geometries. With this talk, I hope to provide some insight into modern applications of abstract mathematics to theoretical physics.