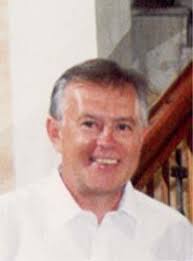 Given a simply connected domain $U$ in the complex plane with a piecewise Dini-smooth boundary which admits a finite set of Dini-smooth corners, we study the $C^\ast$-algebra $B_U$ generated by the Bergman and anti-Bergman projections acting on the Lebesgue space $L^2(U)$ and by the operators of multiplication by piecewise continuous functions that slowly oscillate at points of the domain boundary. Applying the Allan-Douglas local principle, the limit operators techniques and the Kehe Zhu results on $\operatorname{VMO}_{\partial}$ functions, we construct a Fredholm symbol calculus for the $C^\ast$-algebra $B_U$ and establish a Fredholm criterion for the operators $A\in B_U$.

The talk is based on joint work with E. Espinoza-Loyola.

Fourier-type operators, new convolutions and their applicability to integral equations

Considering new generalizations of the Fourier transform, besides studying their general properties, we construct new convolutions associated with such operators. Moreover, for the convolutions we obtain corresponding factorization identities and some norm inequalities. These convolutions allow us to consider new classes of integral equations and to study the solvability of different types of integral equations. Conditions for the existence of unique solutions of those equations are presented, as well as the corresponding explicit solutions.

Spectrum of the Robin-Laplacian: recent results, and open problems

I will discuss two recent theorems and one recent conjecture about maximizing or minimizing the first three eigenvalues of the Robin Laplacian of a simply connected planar domain. Conformal mappings and winding numbers play a key role in the geometric constructions. In physical terms, these eigenvalues represent decay rates for heat flow assuming a “partially insulating” boundary.

This is joint with Geometry Seminar. 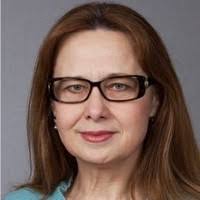 On a class of Integral operators in central generalized Morrey spaces

In the first years of the 20th century the analysis of the game of NIM (by the mathematician Charles L. Bouton) triggered the outburst of a completely new mathematical subject: Combinatorial Game Theory. The aim of this seminar is to give a survey of the development of this mathematical field. 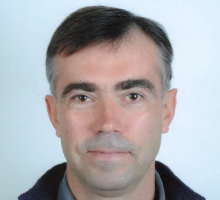 The asymptotic behaviour of the Super-Plancherel measure

Let $\mathbb{F}_q$ be a finite field and denote $U_n(\mathbb{F}_q)$ the group of $n \times n$ uppertriangular matrices over $\mathbb{F}_q$ with only ones in the diagonal. In recent years the representation theory of $U_n(\mathbb{F}_q)$ has been approached via certain Supercharacter-Theories, not only due to their (non-commutative) combinatorial-analogues to the representation theory of the symmetric group $S_n$, but also as a useful tool to address Harmonic-analysis problems.

We consider a particular Supercharacter-Theory for $U_n(\mathbb{F}_q)$ which yields a natural measure on the set-partitions of $\{1,...,n \}$: the Super-plancherel measure $\textbf{SPl}_n$. The aim of this talk is to understand the asymptotic behaviour of $\textbf{SPl}_n$ as $n \rightarrow \infty$; in particular limit objects are interpreted in a representation-theoretical setting.

We study minors of Toeplitz matrices, using the theory of symmetric functions. The symbols of the Toeplitz matrices can either be in the Szegö class or have Fisher-Hartwig singularities and the results apply both to minors of finite and of large dimension. As an application, also using results on inverses of Toeplitz matrices, we obtain explicit formulas for a Selberg-Morris integral and for specializations of certain skew Schur polynomials. We also discuss the intimate relationship with random matrix theory and the ensuing applications.

A geometric model for the module category of a gentle algebra

In this talk, we will show how to encode the module category of a gentle algebra using combinatorics of a surface. This is joint work with Karin Baur (Graz). 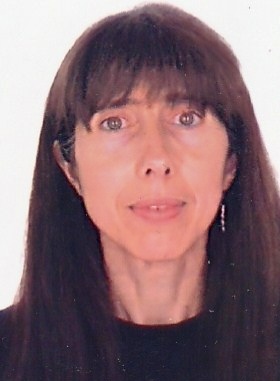 The action of the dihedral group $\mathbb Z_2\times \mathfrak{ S}_3$ on LR coefficients is considered with the action of $\mathbb Z_2$ realized by the transposition of a partition. The action of $\mathbb Z_2\times\mathfrak{ S}_3$ carries a linear time action of a subgroup $H$ of index two, and a bijection which goes from $H$ into the other coset is difficult. LR coefficients are preserved in linear time by the action of $H$ whereas the other half symmetries consisting of commutativity and transposition symmetries are hidden. The latter are given by a remaining generator, the reversal involution or Schutzenberger involution, by which one is able to reduce in linear time the LR commuters and LR transposers to each other.

To pass from symmetries of LR (skew) tableaux to symmetries of companion Gelfand-Tsetlin (GT) patterns we build on the crystal action of the longest permutation in the symmetric group on an LR tableau, and Lascoux's double crystal graph structure on biwords. This analysis also affords an explicit bijection between two of the interlocking GT patterns in a hive.

This is based on a joint work with A. Conflitti and R. Mamede.

Toeplitz matrices are ubiquitous and enjoy attractive computational properties, for which its study has captured the interest of many mathematicians in the last century.

The results presented here have been obtained jointly with Egor Maximenko; they are based on some ideas by William F. Trench and Per Alexandersson.

The speaker has been partially supported by IPN-SIP projects.

The spectral determinant of the quantum harmonic oscillator in arbitrary dimensions

As a consequence, we provide an alternative proof of a conjecture posed by Bar and Schopka concerning the convergence of the determinant of the Dirac operator on $S^{n}$, determining the exact asymptotic behaviour for this case and thus improving the estimate on the rate of convergence given in the proof by Moller.

The seminar is joint with Geometria em Lisboa seminar.

These applications are (1) a problem in optimal ell-one control, (2) Wiener-Hopf and spectral factorization of polynomials of degree 20000, (3) computation of the volume of the fundamental domains of some high-dimensional lattices, and (4) the determination of the Hausdorff limit of the zero set of polynomials of the Fibonacci type. The talk allows you to switch off four times and to re-enter the same number of times.

Robinson-Schensted and RSK correspondences for Skew and Skew Shifted Tableaux

Asthe Young tableaux are deeply tied to the study of linear representations of the symmetric group, there is a variant for the projective representations, the shifted tableaux, based on strict partitions. The shifted tableaux also arise in the study of $Q$-functions, an important basis for the subalgebra of the symmetric functions generated by the odd power sums, which resembles the classic Schur functions.

In this seminar, we will show generalizations of both Robinson-Schensted and RSK correspondences for skew tableaux and analogues for shifted skew tableaux (Sagan, Stanley, 1990), based on variants of the insertion algorithm. We will also present a brief introduction on some aspects of the theory of shifted tableaux.

On the spectrum of the Hilbert matrix operator

For each, $\lambda\in\mathbb{C}$, $\lambda\neq 0,-1,-2,...$ the (generalized) Hilbert matrix $\mathcal{H}_{\lambda}$ is given by $$\mathcal{H}_{\lambda}:=\left(\frac{1}{n+m+\lambda}\right)_{n,m\geq0}.$$ If $\lambda=1$ then $\mathcal{H}_{\lambda}$ is the classical Hilbert matrix introduced by D. Hilbert about 125 years ago. These matrices have been the subject of numerous investigations. The talk mainly concerns the description of spectral properties of Hankel operators generated by these matrices on the Hardy spaces $H^{p}$ and $l^{p}$ $(1 < p < \infty$). Special attention will be paid to the description of the essential and point spectra of these operators.

We give a simple proof of the boundedness of Bergman projection in various Banach spaces of functions on the unit disc in the complex plain. The approach of the paper is based on the idea of V. P. Zaharyuta, V. I. Yudovich (1962) where the boundedness of the Bergman projection in Lebesgue spaces was proved using Calderon-Zygmund operators. We exploit this approach and treat the cases of variable exponent Lebesgue space, Orlicz space and variable exponent generalized Morrey space. In the case of variable exponent Lebesgue space the boundedness results is known, so in that case we provide a simpler proof. The other two cases are new. The major idea of this paper is to show that the approach can be applied to a wide range of function spaces. This opens a door in a sense for introducing and studying new function spaces of Bergman type in complex analysis.

We also study the rate of growth of functions near the boundary in spaces under consideration and their approximation by mollifying dilations.

This is a joint work with Stefan Samko and Humberto Rafeiro.

A graph $G$ is called integral if all eigenvalues of its adjacency matrix, $A(G)$, consist entirely of integers. The nullity of $G$ is the nullity of $A(G)$, that is the multiplicity of $0$ as an eigenvalue of $A(G)$. In this talk, we are concerned with integral trees. These objects are extremely rare and very difficult to find. We first present a short survey on integral graphs. We show that for any integer $d \gt 1$, there are infinitely many integral trees of diameter $d$. We will also show that for any integer $k \gt 1$, there are only finitely many integral trees with nullity $k$.