Analysis and Geometry zoom session at the Lisbon Academy of Sciences

The goal of this conference is to explore parallel connections between Schrödinger's problem and Monge-Kantorovich Optimal Transport. The venue will bring together experts in Mathematical Physics, Geometric Mechanics, Stochastic analysis, Calculus of variations & Analysis of PDEs.

Addressing the Growing Distrust in Algorithms with More Mathematics

Data Driven Algorithms are being considered for making decisions on many aspects of our lives: granting of bail, medical care, granting of loans, credit scores, education, and policing to name a few. At the same time the distrust at the accuracy, fairness and privacy of these algorithmic methods may make it impossible to utilize them.

In this talk we will describe new results on verifying the accuracy of machine learning algorithms even without full access to the code and achieving robustness against adversarial test distributions. 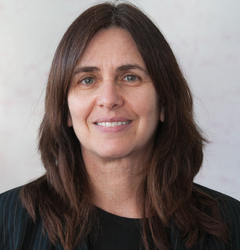 Shafi Goldwasser is the Director of the Simons Institute for the Theory of Computing, and the C. Lester Hogan Professor in Electrical Engineering and Computer Sciences at UC Berkeley. She is also the RSA Professor of Electrical Engineering and Computer Science at MIT, and a professor of computer science and applied mathematics at the Weizmann Institute of Science in Israel. Goldwasser received a BS in applied mathematics from Carnegie Mellon University in 1979, and MS and PhD in computer science from UC Berkeley in 1984.

Goldwasser was the recipient of ACM Turing Award for 2012. She was also the recipient of the Gödel Prize in 1993 and another in 2001 for her work on interactive proofs and connections to approximation, and was awarded the ACM Grace Murray Hopper Award (1996), the RSA award in mathematics (1998), the ACM Athena award for women in computer science (2008), the Benjamin Franklin Medal in Computer and Cognitive Science (2010), the IEEE Emanuel R. Piore Award (2011), the Barnard College Medal of Distinction (2016), and the Suffrage Science Award (2016). She is a member of the AAAS, ACM, NAE, NAS, Israeli Academy of Science, London Mathematical Society, and Russian Academy of Science.