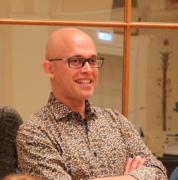 We know too well that the effective operation of a queueing system requires maintaining the traffic intensity at a target value. This important measure of congestion can be monitored by using control charts, such as the one found in the seminal work by Bhat and Rao (1972) or more recently in Chen and Zhou (2015). For all intents and purposes, this paper focus on three control statistics chosen by Morais and Pacheco (2016) for their simplicity, recursive and Markovian character:

Since an upward and a downward shift in the traffic intensity are associated with a deterioration and an improvement (respectively) of the quality of service, the timely detection of these changes is an imperative requirement, hence, begging for the use of ARL-unbiased charts Pignatiello et al. (1995), in the sense that they detect any shifts in the traffic intensity sooner than they trigger a false alarm. In this paper, we focus on the design of these type of charts for the traffic intensity of the three single server queues mentioned above.