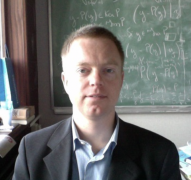 Equilibrium configuration of a rectangular obstacle immersed in a channel flow

Fluid flows around an obstacle generate vortices which, in turn, generate lift forces on the obstacle. Therefore, even in a perfectly symmetric framework equilibrium positions may be asymmetric. We show that this is not the case for a Poiseuille flow in an unbounded 2D channel, at least for small Reynolds number and flow rate. We consider both the cases of vertically moving obstacles and obstacles rotating around a fixed pin.

This presentation is based on a joint work with F. Gazzola and P. Galdi.

Please note that the seminar is at room P3.10, not online!

In this talk I will describe our recent construction of non-radially symmetric Euclidean annular domains which admit solutions to the classical Serrin overdetermined problem. Our result implies the sharpness of previous radial rigidity theorems by Reichel and Sirakov. Furthermore, each constructed domain $\Omega$ is uniquely self-Cheeger, that is, it uniquely minimizes the ratio between perimeter and volume among all finite-perimeter subsets of $\Omega$.

This is joint work with L. Sciaraffia (PUC de Chile).

A two-phase free boundary problem ruled by the infinity laplacian

Introduction to the DPG method: Abstract framework and applications

In this talk I will present the basic ideas of the D(iscontinuous)-P(etrov)-G(alerkin) method with optimal test functions which was introduced by Demkowicz and Gopalakrishnan in 2009. We will have a look at the abstract theory and in particular at the concept of optimal test functions. Then, I will define an ultraweak formulation of Poisson's equation and explain how to apply the abstract ideas of DPG methods to this particular case. Finally, I will discuss several problems where the DPG method has been used successfully. These applications range from singular perturbation problems to plate bending problems.

We survey our recent and ongoing work [1,2] on finite element methods for contact problems. Our approach is to first write the problem in mixed form, in which the contact pressure act as a Lagrange multiplier. In order to avoid the problems related to a direct mixed finite element discretisation, we use a stabilised formulation, in which appropriately weighted residual terms are added to the discrete variational forms. We prove that the formulation is uniformly stable, which implies an optimal a priori error estimate. Using the stability of the continuous problem, we also prove a posteriori estimates, the optimality of which is ensured by local lower bounds. In the implementation of the methods, the discrete Lagrange multiplier is locally eliminated, leading to a Nitsche-type method [3].

For the problems of a membrane and plate subject to solid obstacles, we present numerical results.

This talk is intend to review the theory of global well-posedness for the initial value problem associated to the generalized Korteweg-de Vries equation. In the supercritical case we will present a new result describing the assymptotic behavior of some global solutions.

We consider bifurcation problems arising in mathematical biology, specifically in pattern formation on nonplanar, growing domains. This setting leads to the study of reaction-diffusion equations with variable coefficients. We present both analytical and numerical results and discuss the Turing-Hopf bifurcation for a Fitzhugh-Nagumo system. This is joint work with J. Castillo and F. Sánchez.

Penrose’s Weyl Curvature Hypothesis, which dates from the late 70s, is a hypothesis, motivated by observation, about the nature of the Big Bang as a singularity of the space-time manifold. His Conformal Cyclic Cosmology is a remarkable suggestion, made a few years ago and still being explored, about the nature of the universe, in the light of the current consensus among cosmologists (and the Nobel Committee) that there is a positive cosmological constant. I shall review both sets of ideas within the framework of general relativity, emphasise how the second set solves a problem posed by the first, and say something about predictions of CCC.

The Einstein-Vlasov system describes an ensemble of collisionless particles interacting via gravity, as modelled by general relativity. Under the assumption that all particles have equal mass there are two qualitatively different cases according to whether this mass is zero or nonzero. I will present two theorems concerning the global dispersive properties of small data solutions in both cases. The massive case is joint with Hans Lindblad.

We identify the condition for smoothness at the center of spherically symmetric solutions of Einstein’s original equations (without the cosmological constant), and use this to derive a universal phase portrait which describes general, smooth, spherically symmetric solutions near the center of symmetry when the pressure $p=0$. In this phase portrait, the critical $k=0$, $p=0$ Friedmann spacetime appears as an unstable saddle rest point. This phase portrait tells us that the Friedmann spacetime is unstable to spherical perturbations when the pressure drops to zero, no matter what point is taken to be the center, and in this sense it is unobservable by redshift vs luminosity measurements looking outward from any point. Moreover, the unstable manifold of the saddle rest point corresponding to Friedmann describes the evolution of smooth perturbations, and we show that this evolution creates local uniformly expanding spacetimes which, in the under-dense case, create precisely the same range of quadratic corrections to redshift vs luminosity as does Dark Energy in the form of a nonzero cosmological constant. Thus the anomalous accelerations inferred from the supernova data are not only consistent with Einstein’s original theory of GR, but are a prediction of it.

This is joint work with Joel Smoller and Zeke Vogler.

Mean-field games (MFGs) are models for large populations of competing, rational agents that seek to optimize a suitable functional. In the case of congestion, this functional takes into account the difficulty of moving in high-density areas.

In this talk, I will present a recent contribution on MFGs with congestion with power-like Hamiltonians. First, using explicit examples, I will illustrate two main difficulties: the lack of classical solutions and the existence of areas with vanishing density. Next, I will present our main contribution - a new variational formulation for MFGs with congestion. This formulation was not previously known, and, thanks to it, we prove the existence and uniqueness of solutions. Consequently, we show that the MFG congestion model under consideration is well-posed for a far larger set of parameters than it was previously known.

Furthermore, I will discuss various new transformations for MFGs with congestion that, in some cases, significantly simplify the problem. Finally, I will present some numerical applications.

In the absence of dissipation, relativistic fluid dynamics is governed by the Euler equations which are a five-field theory: Its constituents, the energy-momentum tensor and the particle number density current are given in terms of the fluid’s velocity $U$, energy density $\rho$, pressure $p$, and particle number density $n$. The state description $(U, ρ, p, n)$ has five degrees of freedom, and the Euler equations are five partial differential equations which determine the spatiotemporal evolution of these five fields from general initial data.

Regarding the modeling of dissipation, i.e., viscosity and heat conduction, various theories have been suggested over the last almost eight decades. This talk deals with the question of whether dissipative relativistic fluid dynamics can be properly modeled by a causal five-field theory with dissipation tensors $\Delta T$, $\Delta N$ that are linear in the gradients of the five fields (“relativistic Navier-Stokes”). The question is answered in the affirmative. The proposed formulation is intimately related to the theory of second-order symmetric hyperbolic systems developed by Hughes, Kato, and Marsden on the one hand and to the classical (non-causal) descriptions given by Eckart and Landau on the other.

Note the change in date.

On the unique continuation property for sublinear elliptic equations

In the framework of linear elliptic equations of second order, the unique continuation principle states that if a solution vanishes on an open subset of a domain, then it vanishes identically in the domain. The principle applies under very general assumptions on the data and has various applications — in particular it implies the strict monotonicity property of eigenvalues with respect to domain inclusion. The unique continuation principle admits a straightforward extension to semilinear equations with Lipschitz nonlinearities, but it fails in general in the case of sublinear equations. In the talk, I will discuss very recent positive results for a rather large class of sublinear equations and also for some problems with discontinuous nonlinearities.

This is joint work with Nicola Soave (Politecnico di Milano).